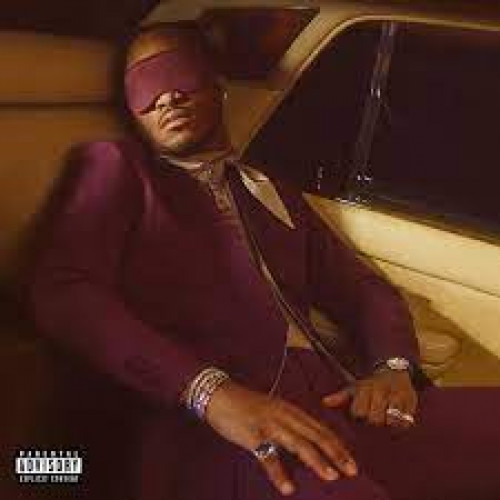 [Intro: Future]
Shit, we gon' do this shit right
Get in first-line, let it take off
You made it brine then I take off

[Verse 1: Kanye West]
Coming from the 'Raq
The home of the drillers
I'ma buy a home, then see you're home if I miss you
Rubbin' on your ass but your mouth is the issue
When you run for '24, I bet your spouse gon' be with you
Who put this together? Me, that's who
We did it, Joe, but what they really do?
Save the pep talk, and the TED Talk (Ye)
I'm 'bout to send it off (Ye), I'm 'bout send it off (Ye)
Somebody set it off, (Ye), well let me get this off (Ye)
Visionary thoughts (Ye), 'fore I could barely talk (Ye)
Mind runnin' laps (Ye), 'fore I could barely walk (Ye)
They say we never make it (Ye), that's what you thought (Ye)
[Chorus: Kanye West & Future]
Cross me so much I got nails in my hand
City on fire (Yeah, Pluto)
City on fire (Yeah)
City on fire
Cookin' out the Pyrex
City on fire (Never had a doubt on the shit but I told you)
City on fire (Nigga, I'ma bring it, I'ma, ah, ah)
City on fire

[Verse 2: Future]
Cookin' out the bowl, tryna scrape out the paint
One day I was high, had to pour the whole pint
Woke up in the sky, same money from the bank
I'll take it wrapped in plastic, accept anything
Cut up the dark with the fetti, nine times
Doped up today like I got ninety-nine lives
Blood on my money, see the blood in my eyes
LaFerrari, bando, two at a time
Every time I fuck, you gotta tell me it's mine
Sinnin' again, I've been winnin' again
Tray done got shot, he back spinnin' again
Ridin' with the fire, bitch ain't never gon' see
Walkin' in the day one in the head is a must
Dark in my flesh, say it run in my cup
Rose gold like a band-aid over my cut
Tailored in plush and covered up all this kush

[Verse 3: Kanye West]
Cross me so much, I got nails in my hand
City on fire, like Bethlehem
Testin' my faith when I fell in the trench
Blessings on blessings, they fell in my hand
Comin' from the 'Raq, we the home of the drillers
Comin' from the hundreds, you got change for a billion?
Comin' for the house, real change in a minute
When I run for ‘24, I know my spouse better be with me
Hundred feet tall when I stand on the business
Look at how we did, everything we intended
You don't want no tension, boy, you just want attention
I'ma pop up at your house if you pop up in my mentions

I Never Liked You